I've nearly reached the midpoint of the winter/spring semester at Bryn Mawr and it's been a full and rewarding past two months. Students in both of my courses are bringing terrific energy and curiosity; it's also been a pleasure to get to know them through reading their writing, listening to their contributions, and meeting with them one-on-one.

In the "Power and Resistance" course -- updated syllabus here -- we have analyzed power and violence through the lenses of Fanon and Arendt; examined the recent events in Ferguson, Missouri in light of these theories; and more recently considered power and exploitation in Appalachian mining communities as well as Foucault's theory of disciplinary power when applied (via Iris Marion Young) to pregnant mothers suffering from addiction. I've been deeply impressed by my students' maturity and insight when discussing (and disagreeing) about these heavy topics.

In the "On The Human Condition" course -- updated syllabus here -- we have now worked through Arendt's Between Past and Future as well as the first few sections of The Human Condition. Our weekly three hour meetings give us plenty of time to delve deeply into the recesses of Arendt's mind; we've also devoted a lot of time to considering how Arendt's book can inform contemporary political thinking about a variety of situations, from environmental sustainability to social media to political equality. I've found this return to one of the texts most formative for my own thinking entirely delightful; students' responses and questions have led me to new ideas and questions despite having had these arguments with me (or with myself) for over a decade. Next week we'll talk about "work"!

Much else has been afoot as I prepare two essays for presentation in March and April: a piece on Socrates, James Baldwin, and liberal education at SUNY Oneonta next month; and another stage of my Herodotus project -- this time on materialism -- at the Western Political Science Association conference in Las Vegas the month after. What Would Socrates Do? will also be the focus of a roundtable at that conference, so I've been fortifying myself for what I hope will be stimulating criticism!
Labels: Teaching

Tenure, ACLS, Herodotus in the Anthropocene 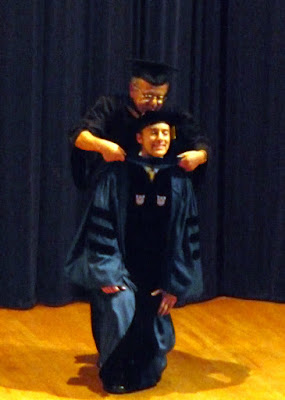