Reflections on a Decade of Teaching 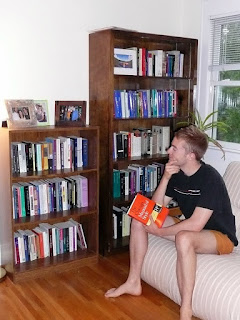 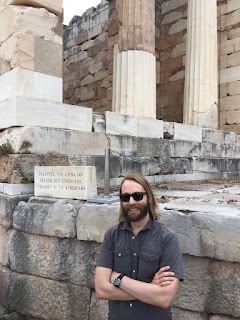 When I entered the classroom in Duke’s Perkins Library for the beginning of my first ever course, I had a flutter of nervousness just like when I would mount the stage at one of my many piano recitals – a sudden lightness in my stomach as my hands began to perspire. But when I saw the students sitting around the long seminar table, another feeling immediately overtook the first: gratitude. Look at these interesting people all eager to learn something! And I’m the professor! I can’t believe this is my job.

Forming that first class were students from Canada, China, Kazakstan, and the United States. I had students from north and south, east and west. I had a high school student, a senior who only needed these credits to graduate, and a midcareer public servant completing his policy degree. And we all assembled to study political philosophy.

To take up this question in a new way, I proposed a simulation. I passed out slips of paper with roles for students to play. Each one had a name and a few basic ideas. “Iggy” was Kant. “Fritz” was Nietzsche. I had them read the description of their role and imagine themselves in that mindset. Assuming this role, how would your character choose to live? How would they organize collective life? When I asked them to begin, the room fell silent. It was like that pause when the pianist sits at the keyboard, fingers poised and the audience holds its breath. A beat. And then we were off – an excited, energetic discussion that brought all of us into the conversation of political philosophy and created a tenor for all of our work during the next seven weeks. It was a delight.

Teaching has been an education for me. I’ve learned just how precious and fragile the space of the classroom is. If I am lucky and play my own role just right, I can hold a space for wondrous things to arise: trust and friendship among all participants; understanding not just of material but of what we bring to the material and why; a sense of community and just how much we can accomplish together. I say this is precious and fragile because in my decade of teaching I’ve encountered the difficulty of preserving this space. Often success has been outside of my control. But I have learned to focus most on listening and building relationships with students; the rest usually follows.

I’ve not taught the intro course much in the last few years, but I remember another moment of happiness and insight when I was teaching it at Carleton. The class numbered fewer than a dozen students and for our last meeting we decided to gather at a waffle shop on the Main Street of Northfield, a few blocks from campus. It was late morning and we were the only people inside, but the lively discussion of Alexis de Tocqueville’s Democracy in America filled the restaurant. We veered from American popular culture to that year’s Presidential election (this was in 2008) to the existence of God. Even when we detoured from the text or the “rigor” of political philosophy, it was a conversation that mattered. Everyone was leaning in.

It did not occur to me then but I see now how this moment illustrated one of the greatest joys of teaching and one of its most important practices: to learn to craft conversation that can change us; to develop a taste for real talk that responds to what each of us needs or longs to hear; to live in the present with all of your senses, intuitions, and powers of reflection turned on. This is what I experienced that first day of teaching over a decade ago as well as that morning in the waffle shop. And that’s what I’m after when I go back to the classroom again and again, year after year.
Labels: Teaching